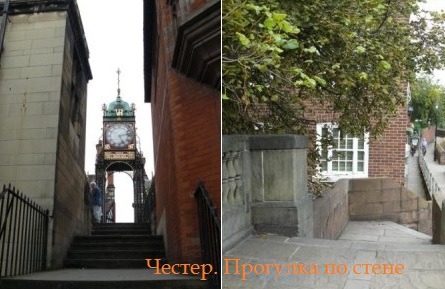 The Town of Chester (some facts from the history)

To begin with, Chester is very old. Almost two thousand years have passed since the Romans crossed the channel, settled in the district and built a fort on a low hill near the river Dee. That was the beginning of the city.

The word «chester» means a town with walls around it, a walled town. Many cities in England have names ending in -chester, probably because they once had walls around them, for example, Manchester, Dorchester, Winchester. But Chester is today one of the only two walled cities in England (though today part of the city is outside the walls), and one of the very few remaining walled towns in Europe. The walls of Chester are very old. Some parts of them have remained from the ancient walls built by the Romans*; they are Chester’s most important monument.

In Saxon times, after the Roman legions went away, Chester became an important place. The Saxon times came to an end in 1066, when the Normans won the great battle of Hastings and killed the Saxon king Harold and many of his men. Only a small number of them escaped death. But the people of Chester refused to give up, and the Normans didn’t enter Chester until six years later. Chester then became an important base for expeditions against Ireland. More important was the fact that Chester became one of England’s main ports for trading with France, Spain, Holland and Belgium.

The city developed, and its importance as a port continued until the 15th century, but then the river Dee began to fill up with sand, and big ships could not come up to the city. The people of the city made great efforts to get rid of the send, but they failed: all their labour was lost. Ships had to go to Liverpool, which was then only a small fishing village, but which is now England’s second large port.

The citizens of ancient Rome were called Romans. The legion was one of the main parts of the ancient Roman army. There were about  5000 soldiers in a legion. The Roman legions reached as far north as modern Scotland. Parts of the stone roads and forts built by the Romans in Britain can be seen even now.