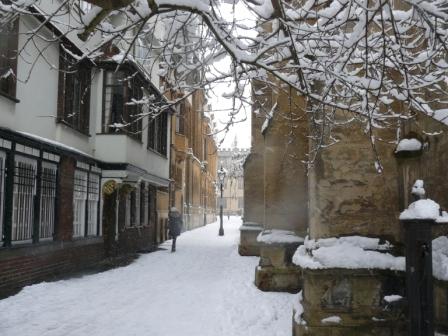 Oxford and Cambridge are the most prestigious universities in the English-speaking world. You never say Cambridge and Oxford; Oxford always comes first. They are often called Oxbridge.

To get the Degree of Bachelor of Arts  (B.A.) students have to study for three years. The students wear a special uniform daily, and full academic dress at the examinations. According to the long established tradition Latin is used at public degree ceremony.

Oxford and Cambridge universities consist of a number of colledges. Each college has its own name and its coats of arms. On the territory there is usually a chapel, a dining hall, a library, rooms for undergraduates, fellows and the master, and also rooms for teaching.

Oxford is one of the oldest universities in Europe. It is situated at a distance of 100 km from London. It is the second largest one in Britain after London University. It dates  in chronicles from 911 AD. Most colleges are made of grey stone. They have stood there for many centuries. Oxfords is an aristocratic university. Now there are 27 colleges for men, 5 for women and another five which have both ones. All the students at Oxford talk in a very superior way known as the Oxford accent, which is a bit like the BBC acent. 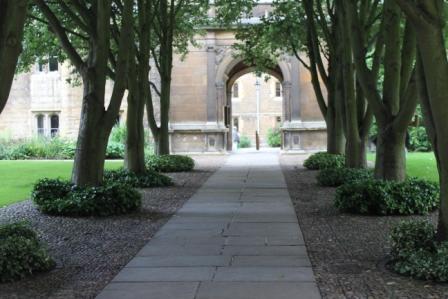 Cambridge is situated at a distance of seventy miles from London. It is one of the most beautiful towns in England and looks more like a country town. The Cambridge University started during the 13th century (1284). It has more than twenty nine colleges. A colledge is a group of buildings which form a square with a lawn in the centre. The colleges line the bank of the river Cam. They have beautiful college gardens with green lawns and lines of tall trees.

The oldest college in Cambridge is Peterhouse, which was founded in 1284. The most famous is probably King’s college (founded in 1441) because of its magnificent chapel and English fifteen-century architecture.

Since the year of 1970 most colleges of Cambridge are mixed. A lot of famous people studied at Cambridge. They are Sir Isaac Newton, Oliver Cromwell, John Milton and Sir Charles Darwin. In Trinity College, which is a very famous, there is a statue of Sir Isaac Newton, the greatest scientist in the world.

Sport is a part of students life at both universities.  There is a great rivalry between the universities and they play all sorts of games between each other like cricket and rugger (rugby football). Also they compete at punting and rowing, which are the most popular sports. The Oxford team wear dark blue uniform and the Cambridge team wear light blue one.