Texts in English (intermediate) on the topic «House. Home. Flat» 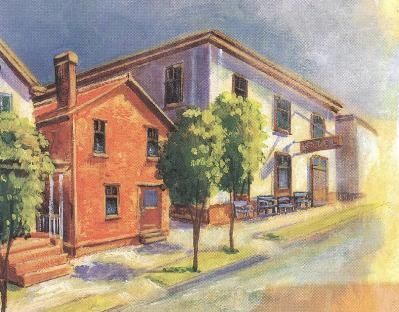 Words for the text №1:

The house in Maple Street was ours and we were happy because we didn’t have to pay rent or share the yard with other people, or be careful not to make too much noise.

It was a small brick house with small windows that looked onto the green back yard. There was no front yard, only four little maples separated the house from the street.

But we liked the house because it was ours and we wouldn’t have to move anymore. 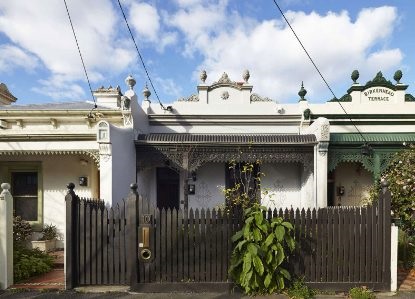 Words for the text №2:

The area had lots of terraced houses. They were very simple. Our house had a veranda in front, two two rooms, and a veranda at the back. This was because of the tropical weather. They gave some sort of shade. The primitive kitchen was located in a courtyard. No electricity, no gas, and there was only a pipe for water which was a communal one. Everyone had to bring water in buckets into the house. The area was about an hour’s walking distance to the railway station. And schools were quite far away from there. 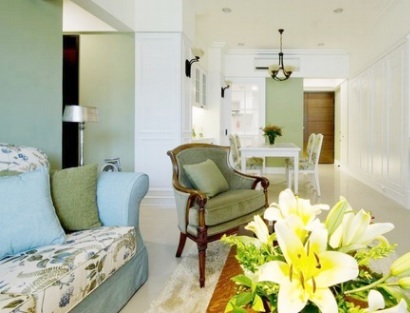 Words for the text №3:

Two- and three-bedroom apartments usually have  a connecting living room; often they have two bathrooms. Actually, all apartments have built-in closets with doors, which are used instead of wardrobes.

The walls are often painted rather than wall-papered. The entrance is directly into the living room area, there are no halls. 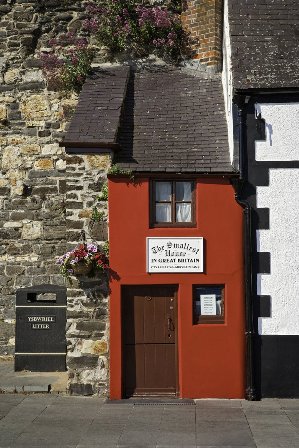 Conway, a small town on the north coast of Wales. There is much evidence of the past here.
Just look at the old walls surrounding the town, its twenty-two towers and three gates. The castle is a masterpiece of medieval architecture and is one of the most complete in Europe. But one of the biggest tourist attractions in Conway is small in size: it’s less than 3 metres high and 1.5 metres wide. It’s the Smallest House in Great Britain.

Now, if you take a closer look at it, you may start to wonder how it was possible to live in it. To find an answer we have to go inside. The cooking was done here – in this tiny fireplace. In this small kitchen, there is hardly any place to sit apart from the little round table. Even the water tap is hidden behind stairs. Let’s have a look at the bedroom now. Only a tiny bed, a small dressing table and a washbasin. It’s not very comfortable. Why don’t we have a look outside once more?

In the nineteenth century, the house was considered unusual, although it was a normal place to live. In 1900, the local authority decided to send representatives to check the condition of the house. When the inspectors came, the owner said to them, ‘I’m afraid I shall have to step outside so that there will be room for you inside.’ Eventually, the decision was taken to demolish the house. Fortunately, it was saved by the editor of the local newspaper who pointed out that this was the smallest house in the country. Now, it’s still here, with its red-painted front and its landlord dressed in traditional Welsh costume. It’s open to tourists from all over the world. Just remember – when you step in, don’t forget to lower your head!

Text №5 “A View of the Dunes’ House” (intermediate) 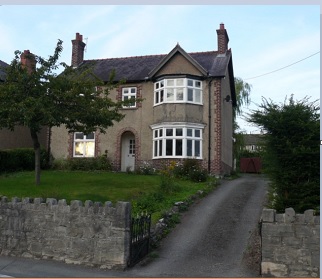 The Dunes’ House was sixteen miles outside of Burlington, a narrow road was the only access to the property. We took a bus to get there. The bus turned off the main road before we reached the road to the Dunes’ home, so we had to walk the last two miles. We stopped at the gate to the private road leading up to the Dunes’ home. We sat on the rock and surveyed the peaceful surroundings. This place was so quiet, so beautiful.

We turned up the drive and slowly climbed what we hoped would be the last mile to the house. Soon we were out of the forest and came into a clearing, so we could see the house across a broad expanse of lawn. It was an unusual house for the area. Instead of being one story high and spread out across the lawn, this one was compact and rose like a tower on the hill. From the windows you must have a view of the entire valley.

It was a two-storied building with an attic. Its brick walls were plastered and whitewashed. It had a red tile roof and a deep veranda which ran along its front. There was a gravelled driveway to a two-car garage which was to the right of the house. One could see a wonderful orchard with blossoming apple-trees and a small vegetable garden near the house.

Nobody was in sight. So we climbed the low concrete steps and rang the entrance door bell.

Answer the questions:
1. Where was the Dunes’ house situated?
2. Was it possible to get there by bus?
3. Was it a usual house for that area?
4. What view can one have from its windows?
5. What can one see around the house?
6. What was the house built of?

Ask the questions to which the following sentences might be the answers:
1. We had to walk the last two miles to the Dunes’ house.
2. This place was so quiet and beautiful.
3. It was a compact building and rose like a tower on the hill.
4. The windows faced the entire valley.
5. It was a two-storied building with an attic.
6. A two-car garage was to the right of the house.
7. There was an orchard and a vegetable garden near the house.
8. We climbed up the steps and rang the door bell.